Control a ball with your brainwaves

At first glance, Mindball seems similar to a traditional two player game – two people challenge one another and take their respective positions at each end of a table that is laid out with two goals and a little ball. The rest of the game’s equipment is more special.
Both players wear a headband with electrodes wired up to a biosensor system. This system, that is used to measure the body’s biological signals, is tightly fastened to the frontal lobes and registers the electrical activity of the brain – the so called EEG.
The players’ brain activity is graphed in a diagram and displayed on a monitor so that the public can easily follow the players’ mental processes during the match. The brain waves that move the ball forward, increasing the chance of victory, are called Alpha and Theta waves. They are generated by the brain when one is calm and relaxed.
A considerably stressed player will therefore lose.
In this way, Mindball is an exciting and social game where the audience can follow the match by watching the ball on the table, the graph on the display/monitor and the more or less relaxed expressions of the players.

Equipped with a VGA output, Mindball can be connected to a monitor, TV or projector to display the players’ Alpha and Theta brainwaves in realtime during the game enabling the audience to follow the players’ mental processes.

At the center of each Mindball, a glass plate marks the center of the table as well as each player’s goal and allows the Mindball ball to travel between players (away from the most relaxed and focused player).

Mindball is extremely easy to setup, installation can be done by almost anyone in less than 20 minutes making the game ideal for roadshows, tradeshows, outreach programs, special events, birthday parties, etc.

Mindball is offered in Natural Color System blue or green as well as custom colors upon demand. The Mindball table top is fully customizable, thus enabling the game to be branded to corporate or exhibit theme colors.

The MultiPlayer, consisting of two electonic adaptors and six headbands, is a team building accessory that enables Mindball to be played 3 against 3. Using a multiplayer on one side of the Mindball and a single headband on the other allows 1 against 3 play. 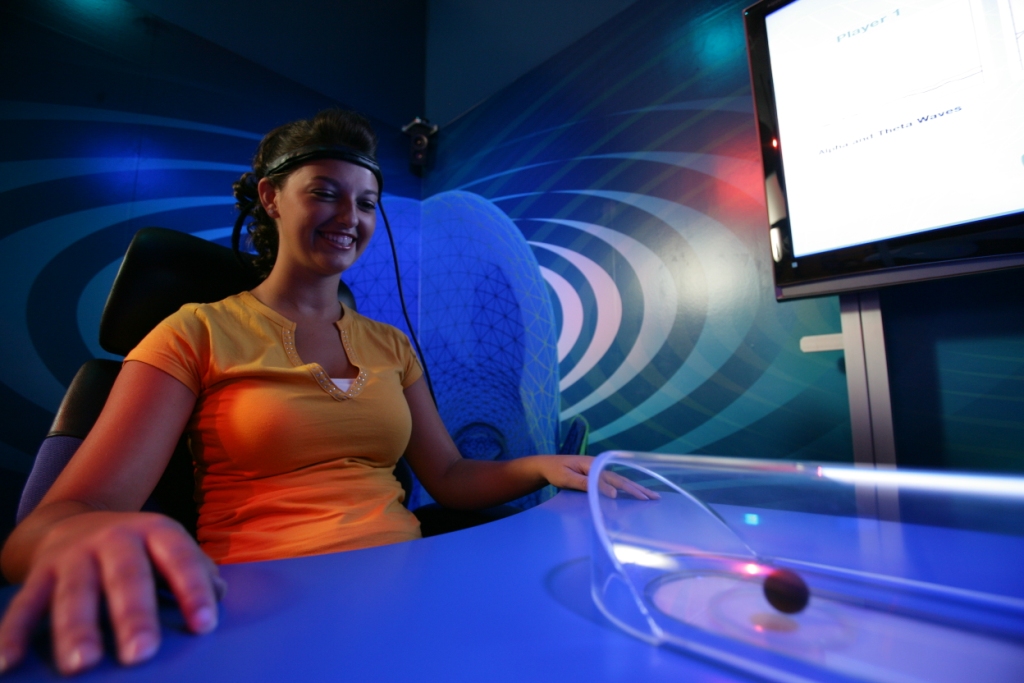 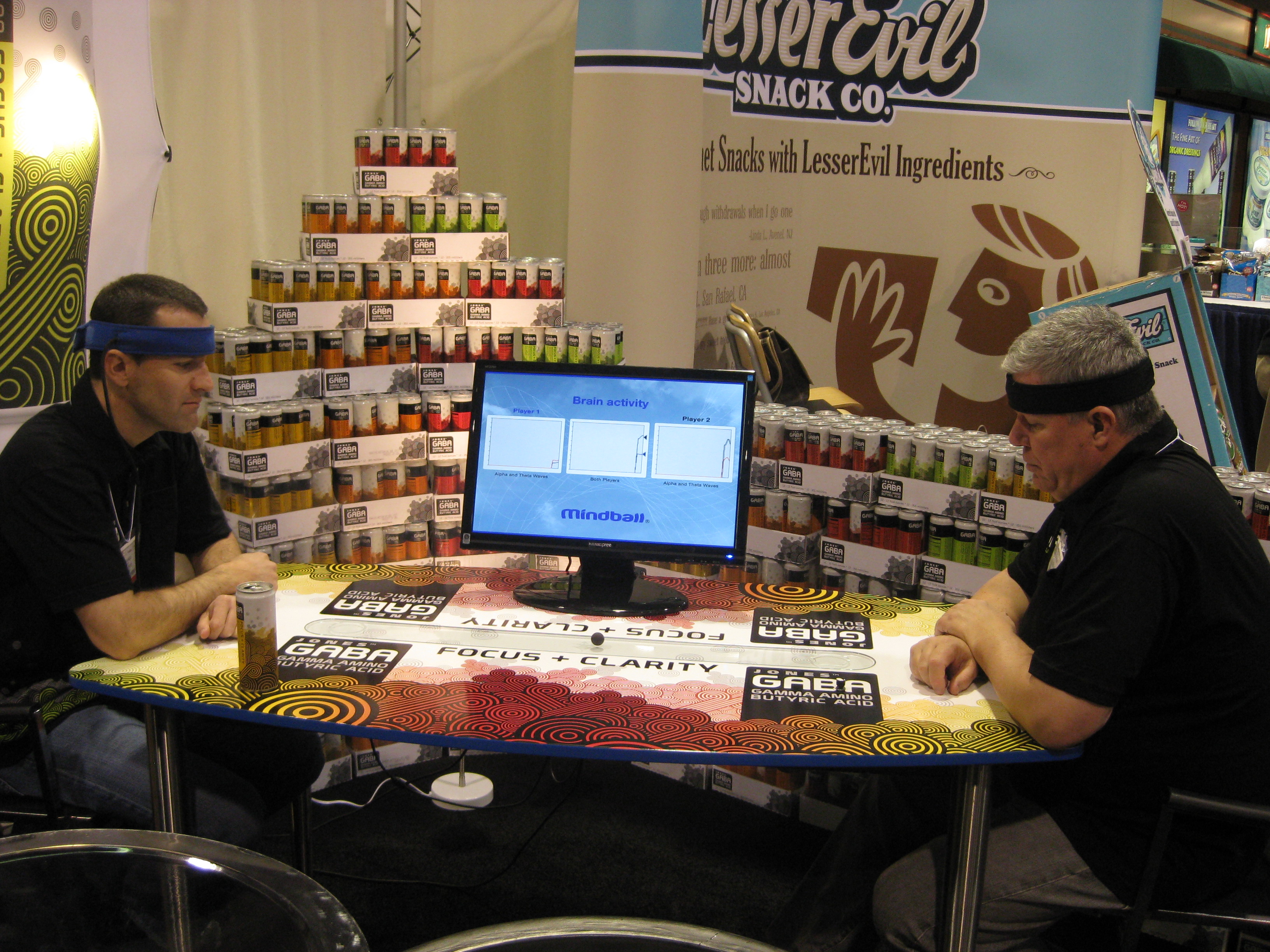 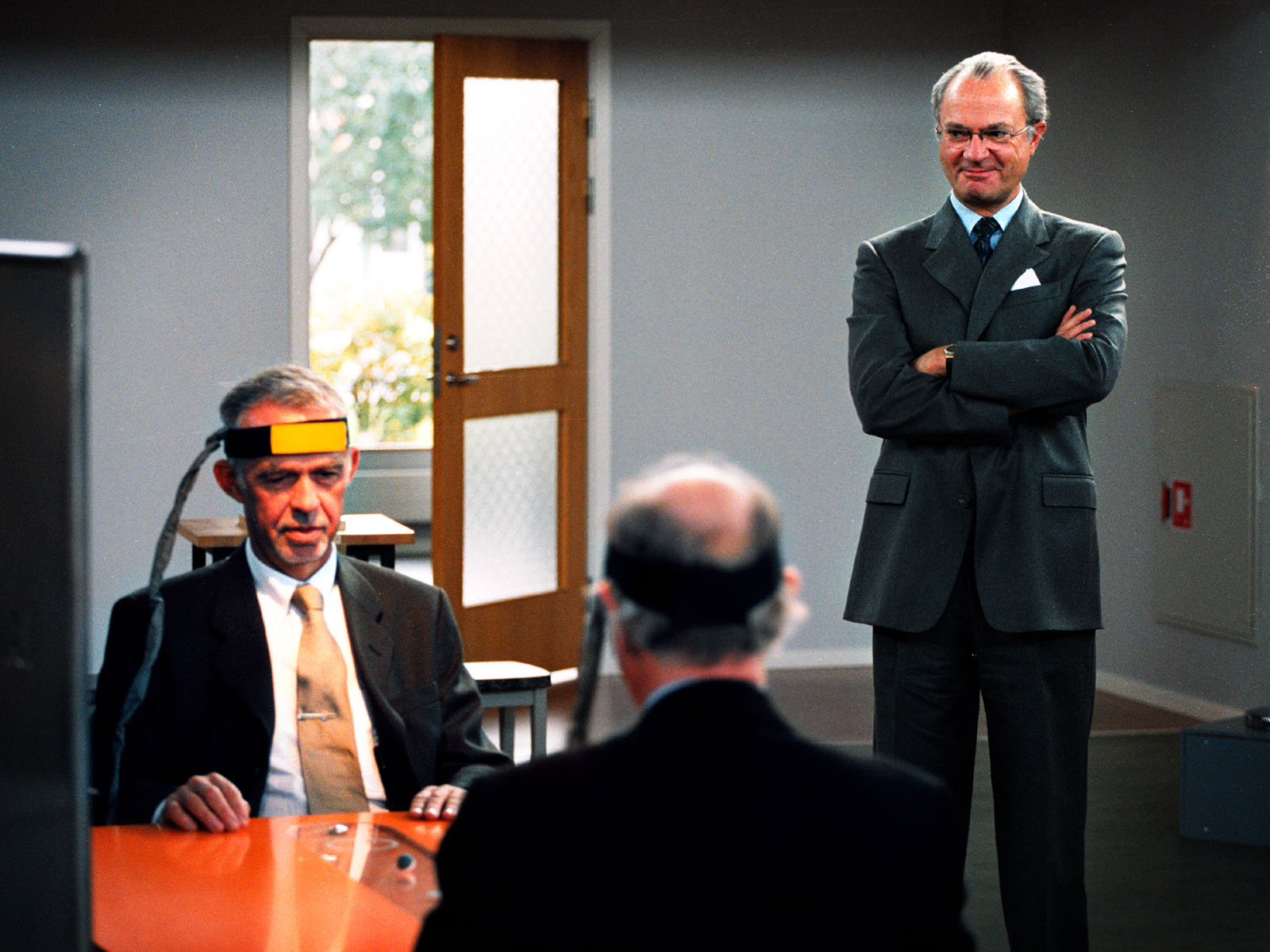 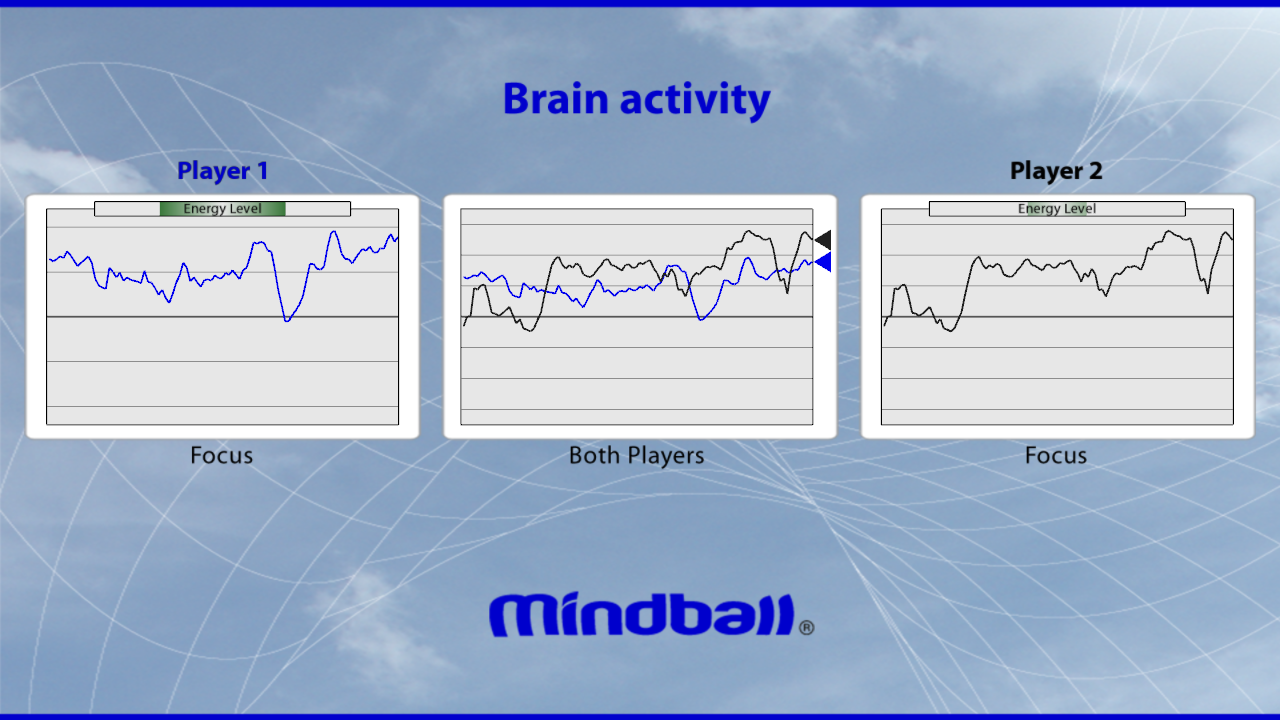